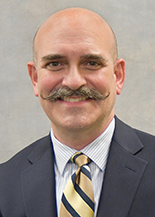 In April 2021, Eric Alexander was named director of multifamily development at the SC State Housing Finance & Development Authority (SC Housing), where he provides leadership and oversight for a multimillion-dollar division that finances the construction of affordable rental housing throughout the state through federal, state, and agency-financed programs.

Prior to his joining SC Housing, Alexander served as the assistant director of real estate development for housing programs at RI Housing. In this role, he oversaw over $100 million in gap financing funds and worked with developers and municipalities to fund the construction, renovation, and acquisition of affordable housing, public facilities, and commercial improvements for the state of Rhode Island.

Alexander has two children and is a native of Kentucky.