SC Housing is governed by an nine-member Board of Commissioners. The Governor appoints seven board members who shall have experience in the fields of mortgage finance, banking, real estate, and home building. The remaining two members are the Governor or his designee and the State Commissioner of Health and Environmental Control or his designee. Click on each Commissioner’s name to download a high resolution photo. 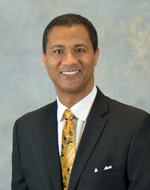 Robert D. Mickle, Jr. of Elgin was appointed to the Board of Commissioners as Chairman on May 21st, 2019.

A Camden native and graduate of Wofford College, Mr. Mickle is President of Paragon Inc. of South Carolina, a company specializing in residential development, construction, finance and design. Prior to assuming his duties at Paragon, Mr. Mickle served as assistant to the Commissioner for the South Carolina Department of Agriculture. He also has extensive experience in banking and finance. 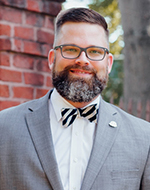 Brad Allen of Columbia was appointed to the Board of Commissioners in 2015.

He is a graduate of the University of South Carolina and is currently the Managing Partner and Broker-in-Charge of The ART of Real Estate Brokerage in Columbia, SC. He is also Consumer Outreach Advisory Committee Chair for the National Association of REALTORS®, Session Member at Downtown Presbyterian Church, and Board Member for the Consolidated Multiple Listing Service.

As evidenced by his growing multi-location brokerage, his passion and expertise in all aspects of real estate stretches across the state. Mr. Allen has become an invaluable resource on a state-wide level, and was previously nationally recognized as one of REALTOR® Magazine’s 30 under 30. 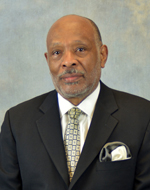 Charles E. Gardner of Greenville was appointed to the Board of Commissioners in March 2012. Prior to his retirement in 1999, Mr. Gardner served as Community Services Director for the City of Greenville. Mr. Gardner is a Graduate of The United States Navel Nuclear Power School and attended Voorhees College and Greenville Technical College. He is a licensed real estate agent.

Mr. Gardner has received numerous awards for his work in affordable housing, neighborhood revitalization and community development. He has served on numerous boards and commissions, including President of the SC Affordable Housing Coalition and other organizations promoting education, housing and community improvement. 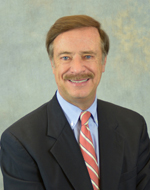 David "Chris" Goodall of Columbia SC was appointed to the Board of Commissioners in May of 2013. Mr. Goodall attended Wofford College and later received his Juris Doctorate from Samford University. After being admitted to the Bar, he began his practice with Adams, Quackenbush, Herring & Stuart Law Firm in Columbia, SC. He went on to serve in numerous capacities with Continental American Insurance Group before becoming Chief Executive Officer of AFLAC Group Insurance in 2009.

Active in his community, profession and industry, Mr. Goodall serves on numerous boards and commissions including roles as a Director or Trustee for Wofford College, Oliver Gospel Mission, BB&T Columbia Board of Trustees, and Riverbanks Zoo Board of Directors, among others. 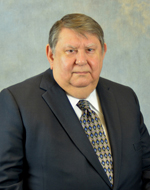 Kenneth E. Ormand, Jr. of Columbia was appointed to the Board of Commissioners in March 2012. Mr. Ormand is an attorney whose practice areas have primarily been real estate, construction and housing. He received his A.B. degree from the University of South Carolina in 1967 and a Juris Doctorate in 1972.

Mr. Ormand was inducted into the South Carolina Housing Hall of Fame in 2002. 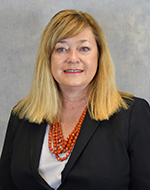 Myra Reece serves as the director of Environmental Affairs for the S.C. Department of Health and Environmental Control (DHEC), overseeing the bureaus of Air Quality; Water, Land and Waste Management; Environmental Health Services; and Office of Ocean and Coastal Resource Management.

A member of the DHEC team for more than 30 years, Myra also has dedicated her service to several national organizations, including the U.S. Environmental Protection Agency's Clean Air Act Advisory Committee and the E-Enterprise Leadership Council, and she was appointed the Environmental Council of the States Planning Committee Chair in the spring of 2019. In these roles, Myra is part of important national conversations about the successes and challenges of protecting human health and the environment in an ever-evolving and modernizing climate. 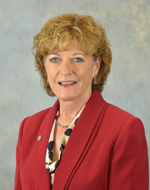 Mary Sieck of Lake Wylie was appointed to the Board of Commissioners in June 2012. Ms. Sieck is a partner of Management Advisors Executive Search, an Executive Search Firm, specializing in financial services executive search. She is also a Realtor/Broker with Rinehart Realty, covering York County South Carolina, and South Charlotte, North Carolina. She resides with her Husband in Lake Wylie, South Carolina.

Ms. Sieck serves as the Vice Chairman of the Board of Trustees for the Lake Wylie Rotary Foundation and as current Polio Chair for the Rotary District 7750. She provides community service to local charities. and is involved in numerous volunteer opportunities. Additionally, Ms. Sieck is on the Advisory Board for the Upper Palmetto YMCA.